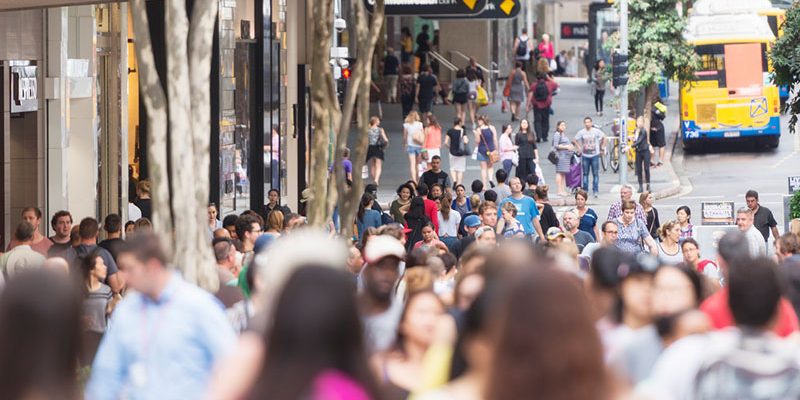 Queensland is leading the way in the recovery. Brisbane has been the first capital city off the block in terms of price growth.

Brisbane’s infrastructure backlog is finally starting to move with a string of new projects, which is helping to lift the state economy and take over from the city’s slowing apartment market.

“Over supply of apartments in Brisbane had the potential to derail Australia’s financial stability, however, not only did Brisbane weather the downturn very well, it is the first capital city to see positive growth in June,” Conisbee said.

The Queensland capital was up 0.1 per cent in the quarter with a median of $490,000, weathering the national downturn despite risks its over supply of apartments threatened to derail financial stability.

“There is also greater positivity in the market as a result of a new airport runway and casino,” Conisbee said.

The Queensland budget, announced last month, featured almost $13 billion in capital works programs to support 40,500 jobs across Queensland, with 25,500 of these jobs in regions.

The Palaszczuk government is using the Cross River Rail to undertake redevelopment in Woolloongabba in Brisbane’s south and the Roma Street transit station, which they are hoping to turn into a 17,000-seat entertainment stadium.

“While there is a clear affordability edge in South-East Queensland compared to Sydney, it is jobs that is making the move possible,” Conisbee said.

“The upswing is also extending to regional areas, with Mackay seeing the strongest price growth of any region in Australia over the past 12 months, and many smaller mining towns are roaring ahead.

“The other more unique factor about Brisbane is that we are seeing some big jumps in offshore property seekers,” Conisbee said.

“Chinese buyers are gone but property seekers from India have more than doubled over the past 12 months, perhaps suggesting that Indian born buyers may begin to have as big an influence on house and land sales as they have had in Melbourne and Sydney.”